An Evening with Marcus Anderson 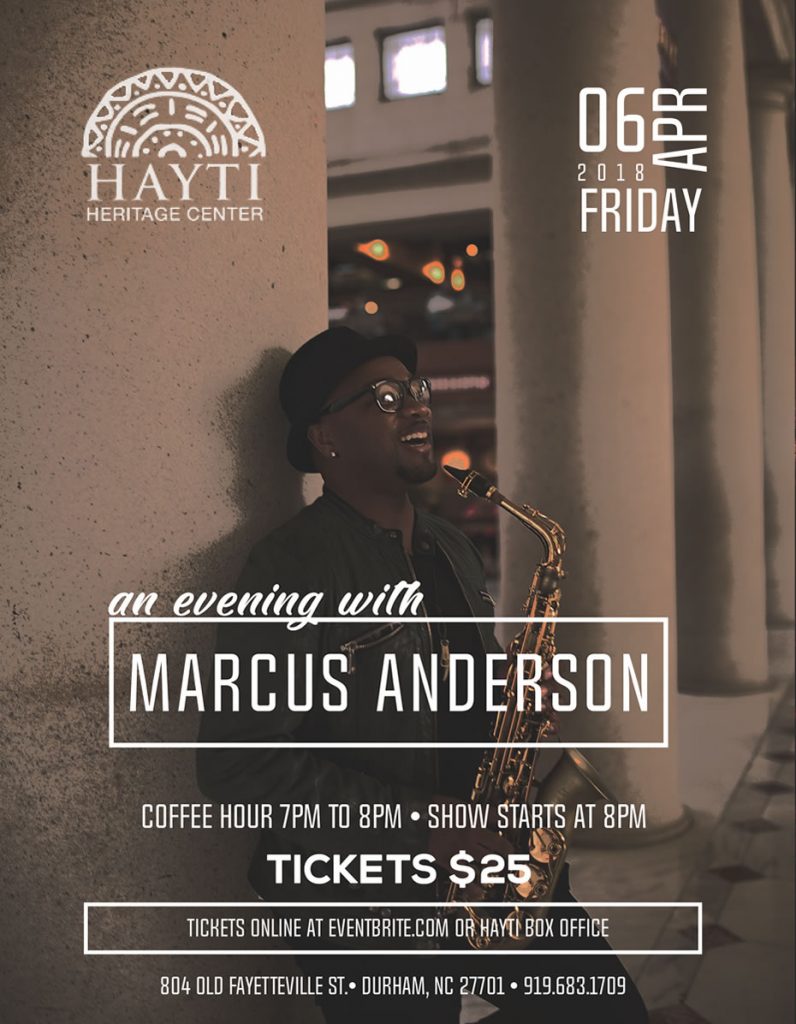 An incredible act and one worth watching, saxophonist Marcus Anderson is the golden child shining among stars. With eight studio albums on his list of accomplishments, the fusion jazz artist brings R&B, Pop, Rock, Latin and Funk to make music that puts listeners in another atmosphere. Charting number one in both categories of Billboard’s Smooth Jazz and Sirius XM’s Watercolors with his exceptional hit “A Cup Of Joe” from the album *And Coffee* the Spartanburg, SC native is delivering major music in a humble way. His work with the late Prince and the New Power Generation led him to join stages with the likes of Ceelo Green, where he has become a key contributor to Green’s touring band.