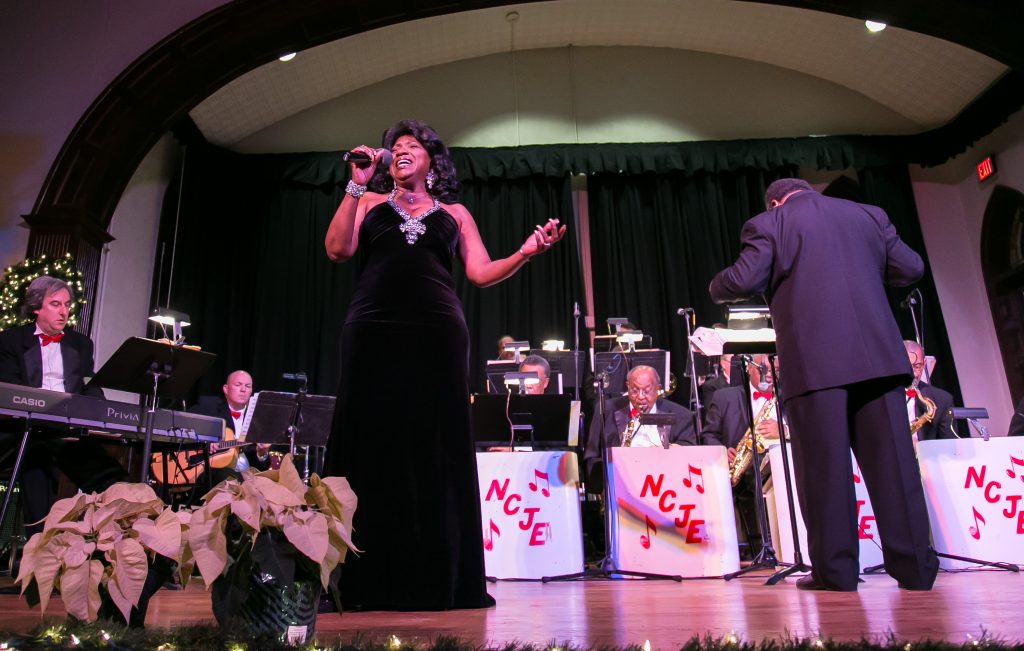 The NCJE was organized in 1980 by Oliver Hodge and Stanley Baird, and has been performing continuously since. The group’s original name was Triangle Big Band which has changed to its present name when the group became one of the performing groups for the North Carolina Arts Council. As one of the NCAC’s performing groups the Ensemble performed concerts and educational programs in many parts of the State for schools, parks, festivals, etc. In addition to the NCAC, the Ensemble performs for private groups and organizations including sororities, fraternities, lodges, civic groups, etc. These might include dances/grand balls, banquets, inaugurations, street festivals, concerts and just about any occasion.

Denise Barnes
Vocalist Denise Barnes is a native of Asheville, North Carolina. She began her love affair with singing at the age of five. Often using her grandmother’s front porch as her stage, she would fill the air with her favorite tunes, stopping passersby as they became her audience. Since that time her musical love affair has continued. She is a multi-faceted entertainer, combining dance, vocal and dramatic presentation. Her style and charisma captivate audiences while satisfying their desire for a quality vocal performance.

Denise has performed on numerous stages throughout the East Coast and the Caribbean Islands.